Tesla is the poster-boy for the electric vehicle market, with fans backing the company as fiercely as any Ferrari Tifosi. As such, when a new model comes along, it’s big news - and here at Pure Vehicle Leasing we’ve had an opportunity to test drive the Tesla Model 3. So here’s the Pure car review of the Model 3 Standard Range Plus.

The Tesla Model 3. As electric cars go, this really is big news. After all, in August it was the third most popular car in the UK, beating best-sellers such as the Ford Focus.

The Tesla Model 3 saloon lines up against the established executive saloon market epitomised by the BMW 3 Series. The aim is simple. Take on the traditional executive market leaders – Audi, BMW, Jaguar, Lexus, Mercedes – but do it with an electric-only model.

Benefits for customers are low running costs and improved performance. And to combat those looking askance at the driving range of electric cars, Tesla makes sure that even the ‘basic’ version can cover long distances.

Leasing customers will be tempted in by the minimalist cabin, which looks great. There’s one large screen that controls just about everything – even steering wheel adjustment and glove box opening.

Tesla also makes the most of the packaging options available from electric vehicles. As such, leasing customers get a very spacious interior, with excellent boot space, load space under the bonnet too, and all in the footprint of a standard executive saloon. 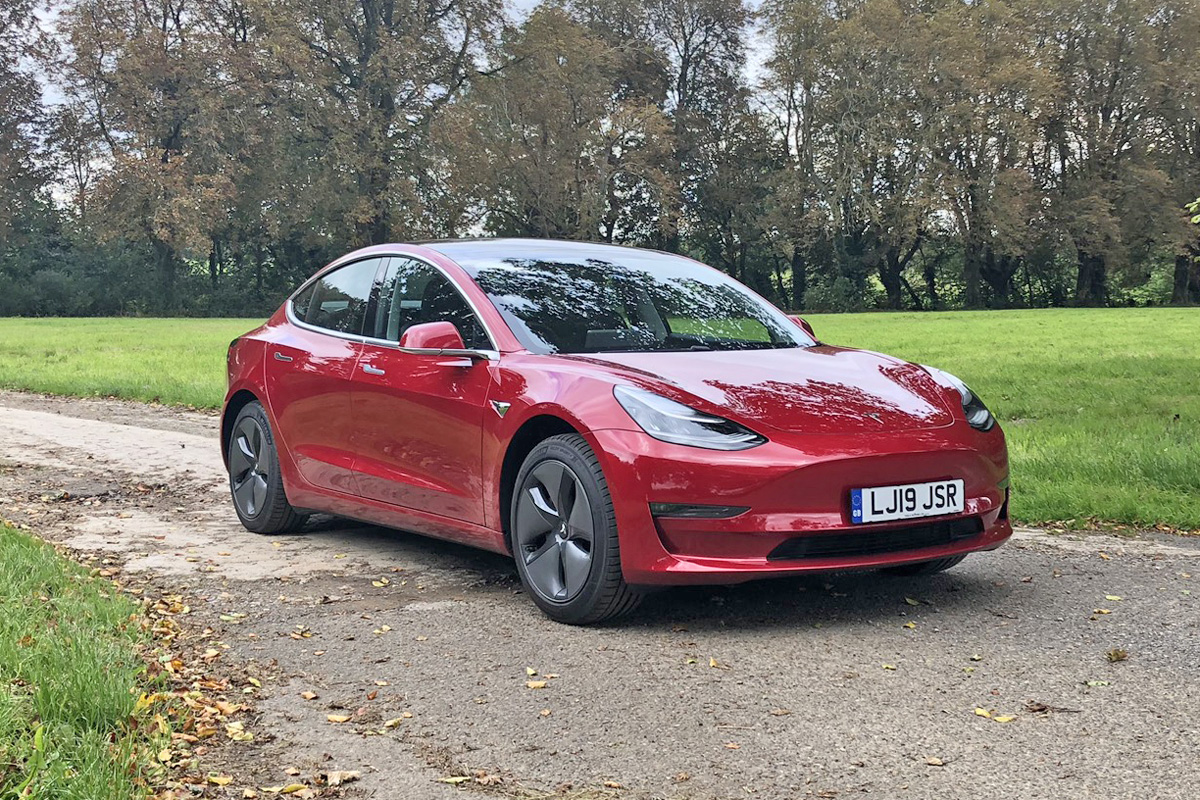 It’s certainly quick, and the model we tried was the slowest car Tesla produces! The Model 3 Standard Range Plus has to make do with just one electric motor – all other Teslas use two.

It’s still good for sub-six second 0-62mph time. Those wanting more can opt for the Long Range or Performance versions. With two motors apiece, these will cover the same test in just 4.4 or 3.2 seconds respectively.

In real-world driving, it’s faster than a conventionally-powered compact exec saloon. Only sports saloons such as a BMW M3 will compete, and even those will struggle to keep up in normal conditions.

The natural characteristics of an electric motor means pick-up is instantaneous. The Model 3 we reviewed didn’t share the same electrifying pace (if you’ll excuse the pun) as other Teslas driven, but it’s still plenty quick enough for most.

Handling doesn’t compete with the likes of Jaguar and BMW for those who like their cars fun to drive. It can feel a little heavy, and the suspension is tailored for a more comfort-oriented experience.

It rides well however, especially on motorways, and offers a good all-round driving experience. 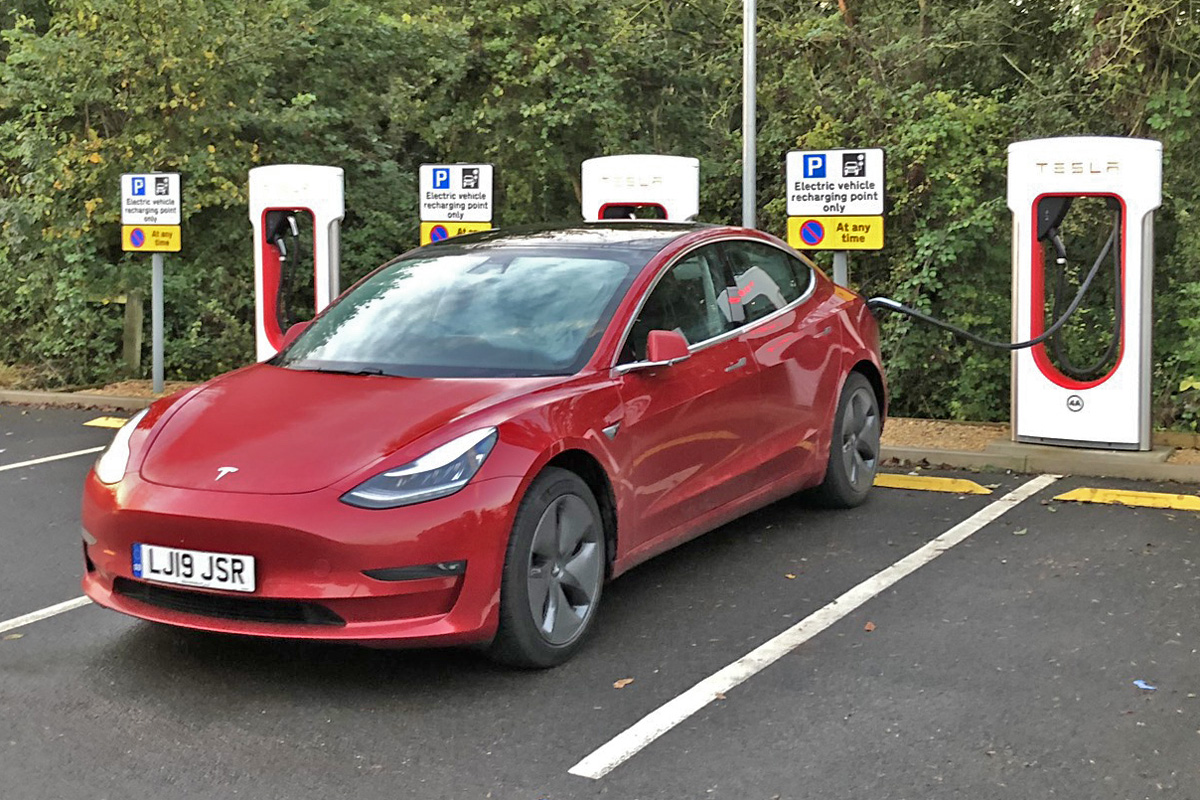 What about Tesla Model 3 costs?

As the entry-level model in the Tesla line-up, the Model 3 Standard Range plus starts at just under £40,000. It’s a fair price for rivals with comparable performance statistics.

Running costs will be just about as low as you can get. With zero CO2 emissions, car tax and BIK rates are in the lowest band available, with zero percent company car tax in 2020/21. Totting up fuel costs, VED and - where applicable - company car tax, moving from a diesel saloon to a Model 3 has the potential to save a driver a significant amount each year.

The range available is very good, even if this version has the shortest on offer from Tesla. Official figures say the Model 3 will cover more than 250 miles on a charge. During our time with it, that proved just about spot on.

Other versions offer ranges of around 330 miles (Performance) and 350 miles (Long Range), so long distance travel is easily possible.

A big feather in Tesla’s cap is the Supercharger network, which is exclusive to Tesla drivers. This offers ultra-rapid charging along major routes with good reliability, reasonable costs, and a plug-and-play system to keep things simple. A top up will take about 20 minutes, which is good for another 200+ miles. 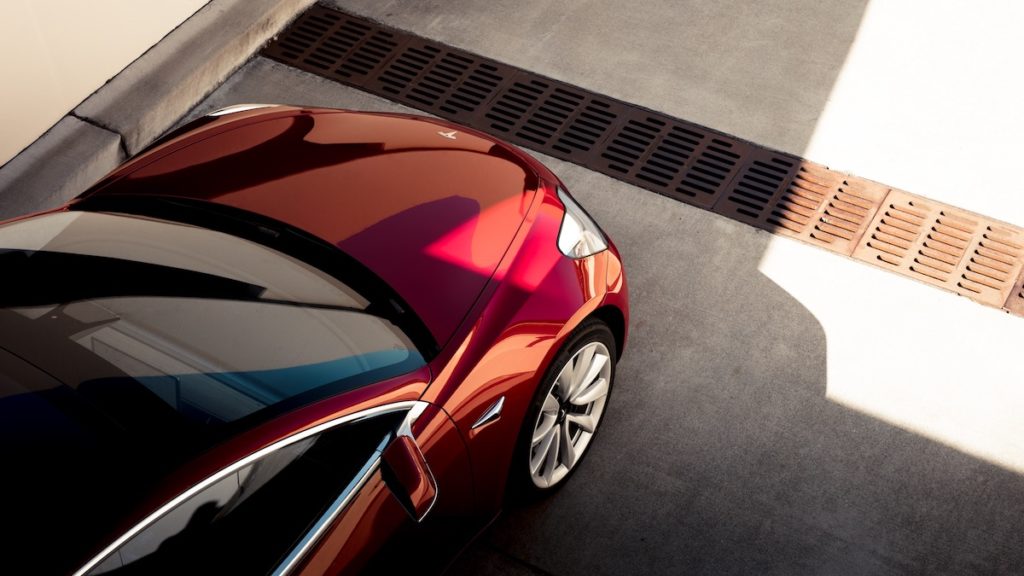 The Tesla Model 3 is a very good car. It’s got plenty of driving range to tempt customers in, and recharging is both quick and easy.

However, the Model 3 will suit a huge number of those looking to lease the very latest in EV technology, tempting many away from the usual executive saloon options. 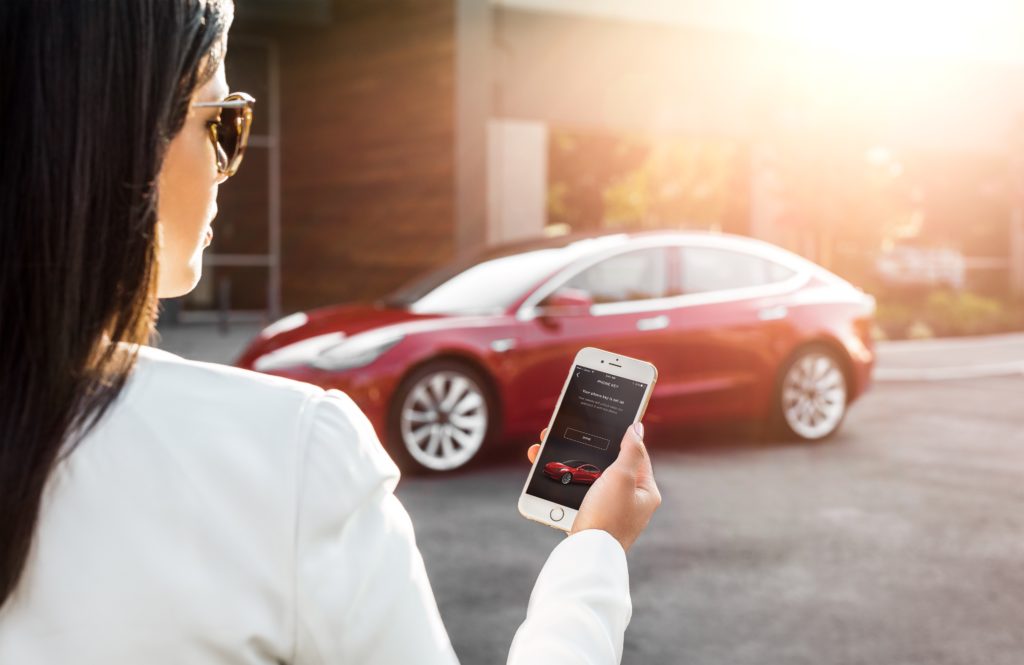 Here at Pure Vehicle Leasing we have some brilliant Tesla Model 3 leasing deals. If you can’t find what you want, contact us on 01603 859022 to find out more and discuss your Tesla leasing requirements. 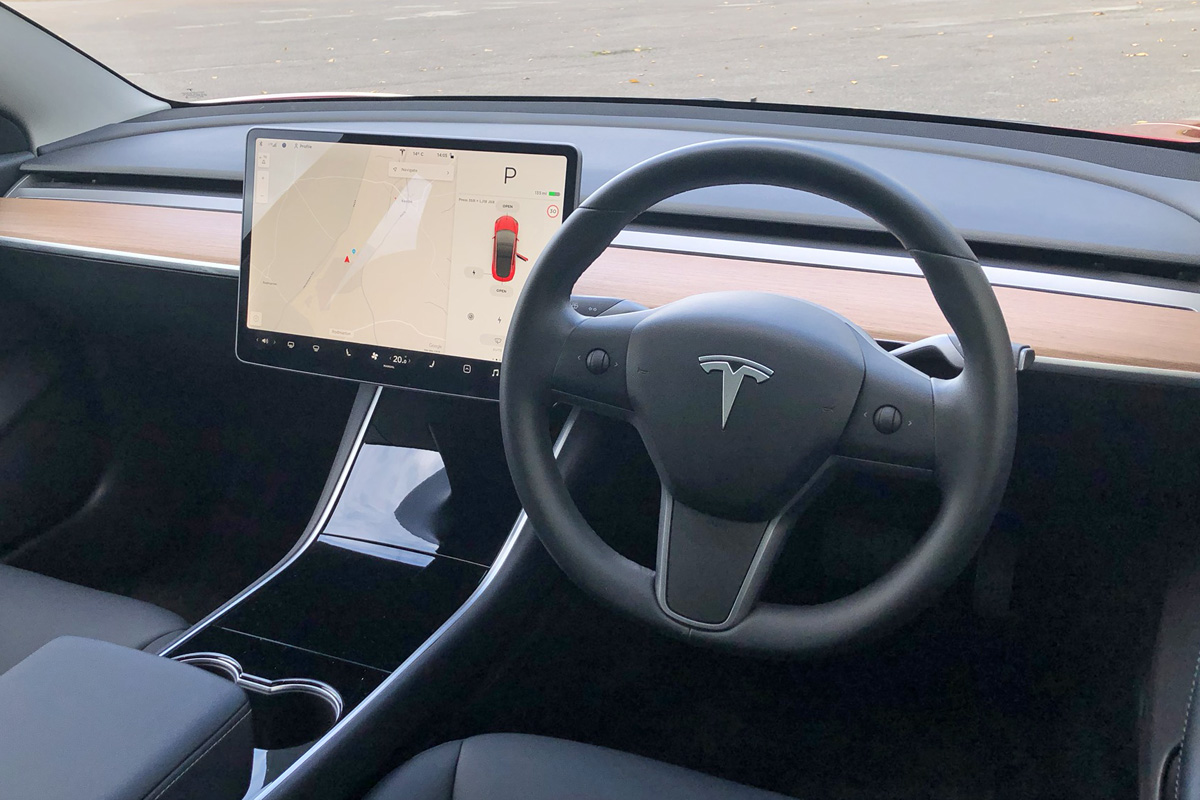