Are Electric Vehicles Suitable for Domestic And Business Needs?

Electric vehicles are more popular than ever before, and with the Government’s plan to ban the sale of petrol and diesel cars by 2030, thousands of individuals and businesses are considering making the switch straight away. From 2035, all new vans and cars sold in England must produce zero emissions, but are these vehicles really suitable for domestic and business needs?

Many people are concerned about the viability of electric vehicles for their requirements, and whether these cars are going to be more of a help or a hindrance to their daily lives. This article written by the experts at Pure Vehicle Leasing is delving into this important debate and answering their most commonly asked questions from their electric car guide.

Both domestic and business drivers could benefit from an electric vehicle, but it is important to understand the ins and outs of these cars before making a decision. We have put together the most commonly asked questions about electric vehicles, and the answers you have been looking for, all in one place.

How Far Can An Electric Vehicle Travel Off A Full Charge?

The main question we hear about electric vehicles is what the range is and how far they can travel before they need charging. Range anxiety is a common concern for so many people, and quite rightly so. The last thing anyone wants is to be midway through a journey only to find your battery is running low. Advancements in technology mean that electric vehicles have a much higher range now than they did a few years ago, and they are more than capable of handling most people’s daily usage.

The exact range of these vehicles will depend on the make and model, but the majority of modern cars have a range that comfortably meets most people’s daily journeys. The average range for modern electric vehicles is around 200 miles from a single charge, but some of the top models can go upwards of 300 miles off one tank.

How Much Cheaper Is It to Run An Electric Vehicle Compared With Petrol Or Diesel Alternatives?

Just like with all vehicles, the running cost of electric cars and vans will vary depending on the make and model. Purchasing an electric car is often more expensive upfront than petrol or diesel, but over time they are cheaper to run. Cost is one of the major factors why many consumers are choosing to lease rather than purchase outright as there is no risk attached; simply pay monthly repayments and hand the car back after the term has ended, which represents far better value for money than paying outright.

Charging an electric vehicle with a 200-mile range will cost an average of £8 on an at-home charging point. Charging on public points is often slightly more expensive and depends on the power rating and type of charger. Either way, this is considerably cheaper than a full tank of fuel.

How Long Do Electric Vehicles Take to Charge?

A lot of business owners and individuals are worried about waiting around for electric vehicles to charge before they can get on with their daily tasks. The majority of electric cars will fully charge overnight, which is perfect for those who have a charging point at home. There are rapid charge points available for public use in various locations around the country, and they can fill a depleted battery to 80% in 30 minutes.

There has been an active effort from the Government and local councils to increase the number of electric vehicle charging points around the country, with more being added each month. The increase in public demand for electric vehicles will inevitably play a role in continuing to improve the overall infrastructure ahead of 2035. 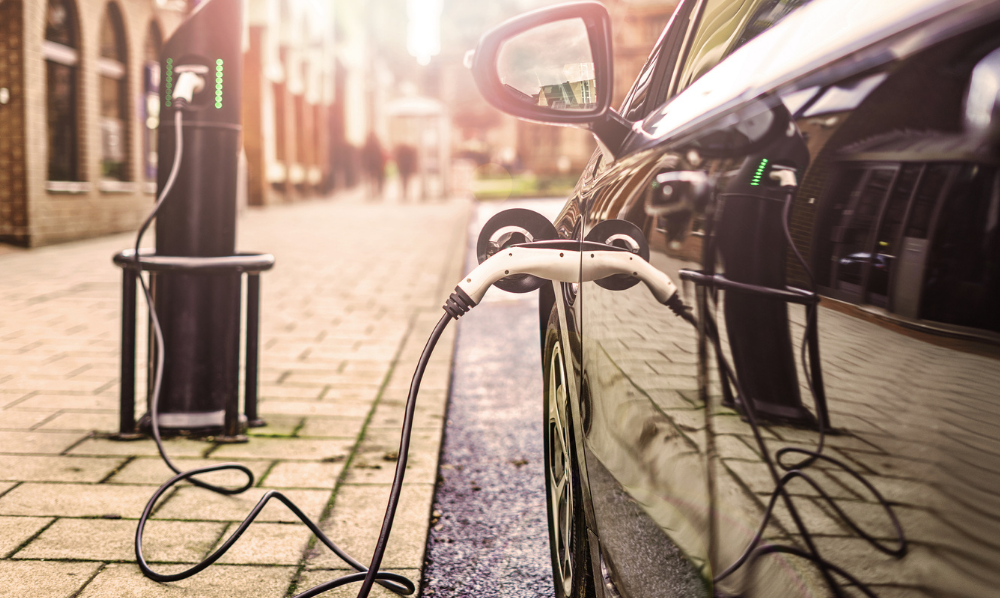 We all know that electricity and water don’t mix, so it is only normal to wonder whether electric vehicles will work in the rain or when driving through puddles. These cars and vans are built to work perfectly in all weather, and they will come with a wading depth, which is the amount of water it is safe to drive through. Most electric cars have the same wading depth as petrol and diesel alternatives.

Are Electric Cars as Fast as Petrol Or Diesel Cars?

No one wants to compromise on power and acceleration when deciding on a new vehicle, and with an electric car, you don’t have to. It is normal for electric vehicles to have a lower top speed than petrol or diesel models, but this is still going to be much faster than you could legally drive in the UK. Most electric cars have a top speed of between 100mph and 120mph.

Though it’s worth noting that electric vehicles are generally quicker off the mark than petrol or diesel thanks to the electric motors being considerably more proficient. One of the simple reasons why electric cars accelerate faster is that the energy takes considerably longer to go through all of the hundreds of working parts in a traditional combustion engine before that energy transfers to the wheels and tyres and then traction to the road producing forward acceleration. Electric cars avoid several of the stages a normal engine goes through, making these engines much more efficient and also saving a lot of time allowing the car to accelerate faster.

Electric Vehicles vs Petrol / Diesel Vehicles: Which Is Best for You?

Electric vehicles offer many benefits for both businesses and individuals. They are cheaper to run, easy to charge, and perfect for town and city driving. Despite all these benefits, there are some situations when an electric car might not be the most suitable option. It is vital that you consider your driving habits when deciding if an electric vehicle is the right choice. For example, someone who uses their car to get to the office every day and then do a bit of shopping on the weekends might drive roughly 50 miles a day. An electric vehicle would suit this lifestyle perfectly, as a full charge could easily last a whole week without issues.

On the other hand, if you are a business owner and you are sending your employees off on long journeys across the country, an electric vehicle might not suit you. Regular long drives can make electric vehicles an inconvenient option, as drivers might need to recharge midway through a trip. This isn’t always a concern as rapid charge points are available all across the country and at most service stations, but it can be an issue if you are in a hurry or having to recharge regularly.

Many businesses and individuals are choosing to venture into the world of electric vehicles through leasing. This gives you the freedom to try out an electric car for yourself, without taking on all of the risks associated with owning an electric vehicle. With leasing, you can find out for yourself if an electric vehicle is going to be practical and effective for your lifestyle, and can simply upgrade to a new model once your fixed contract expires.

Contact us today to find out more about our electric car leasing deals.