6 Secret Porsches That You May Never Have Seen?

Porsche has opened up its doors to reveal some of its brilliant hidden secrets. A whole series of car designs that never saw production, or were used as inspiration for future Porsche sports cars, including electric ones.

It’s a brilliant insight into the thinking behind Porsche cars and continually asks the question: what makes a Porsche?

“The design process starts with a sketch. This is visualised in the next step as a 3D model. As soon as an idea is to be developed further, small models are produced in a scale of 1:3, then followed by hard models in the scale 1:1.

“The virtual world is the first step, but you especially have to experience the unusual models in reality in order to understand whether a car has small, large or surprising proportions. In contrast to the development of a production model, where several models are always developed with different styling formats, the vision projects, on the other hand, concentrate on a single vision model which serves as a protagonist for the central idea.

“Porsche intentionally has just a single design studio. Weissach is our epicentre. Our designers come from all over the world to Porsche in Weissach in order to create the latest production sports cars and automotive visions at the heart of the brand.”

Mauer says that creating the ‘visions’ that you see here is not all about bringing every car designed onto the road, but about exploring a brand’s creative space and its relationship with the future.

“There are two possibilities for developing as a brand,” continues Mauer. “Either you improve your products from the present, that is to say step-by-step, but this method means it is difficult to be really innovative. Or you give free rein to your creativity. The idea is to let your thoughts jump to the day after tomorrow, and to then move back from there to tomorrow.” 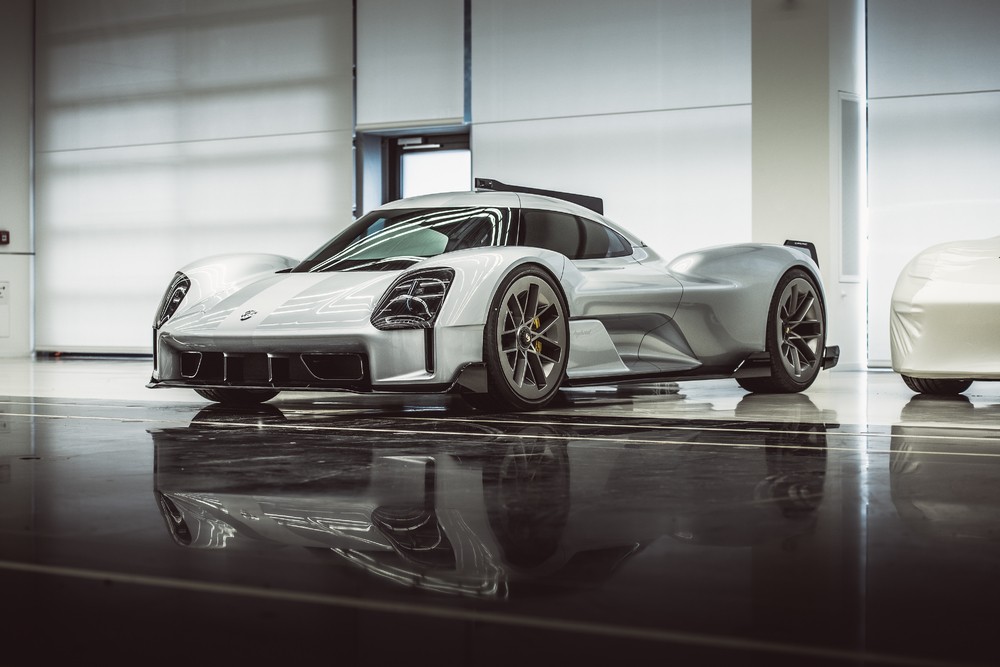 Based on the Porsche 919 Hybrid LMP1 sports prototype race car, the 919 Street was an idea to make a version of the Le Mans-winning car available to amateur drivers using the same powerful 900 PS hybrid racing drivetrain. The dimensions and wheelbase were also the same as on the race car. 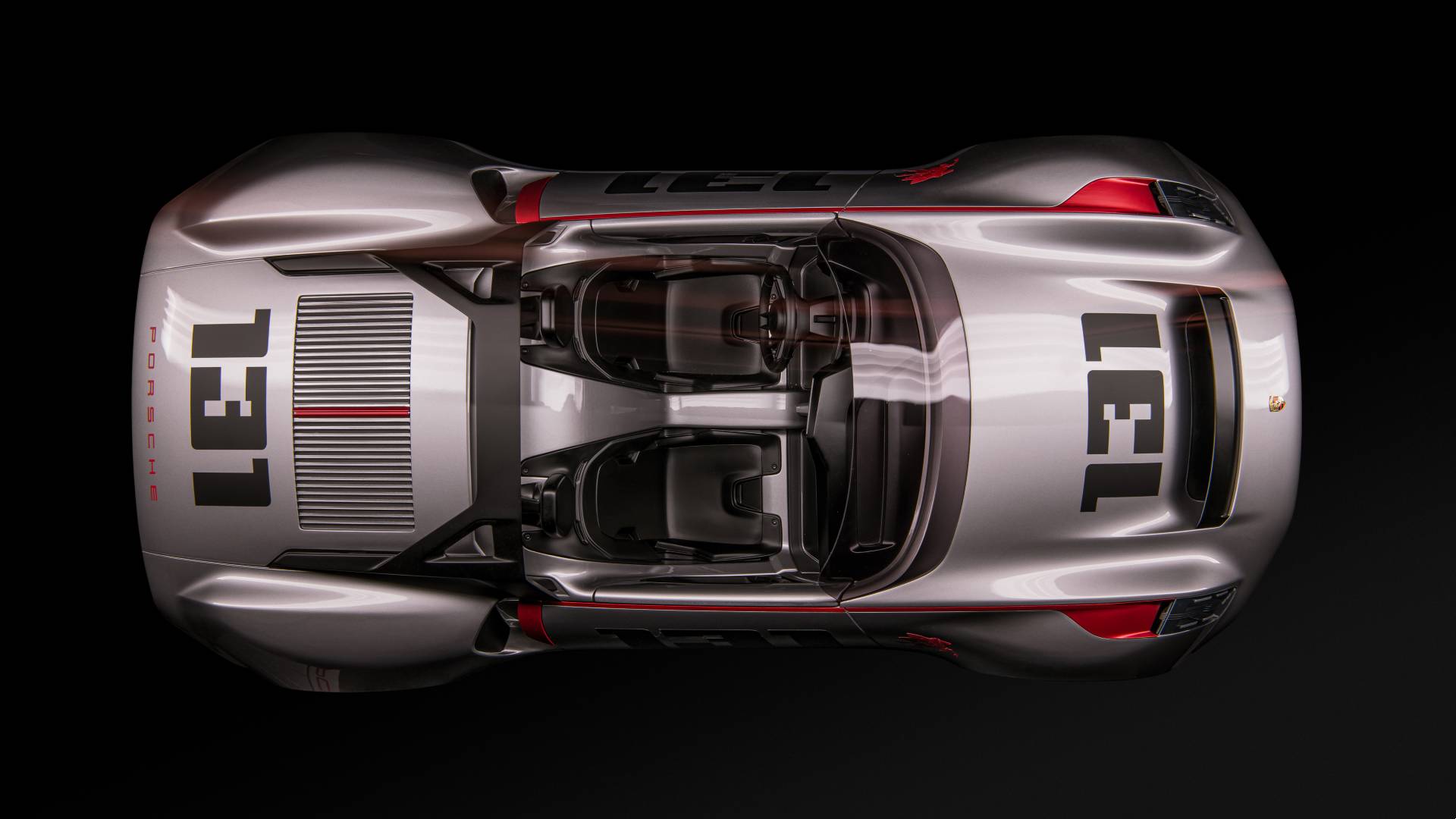 With its spartan cockpit, the characteristic radiator grilles over the mid-engine, red graphic elements and the suggested fins at the rear, the Vision Spyder is a look back to the classic Porsche 550-1500 RS Spyder from 1954 and the Carrera-Panamericana racing cars of that era. 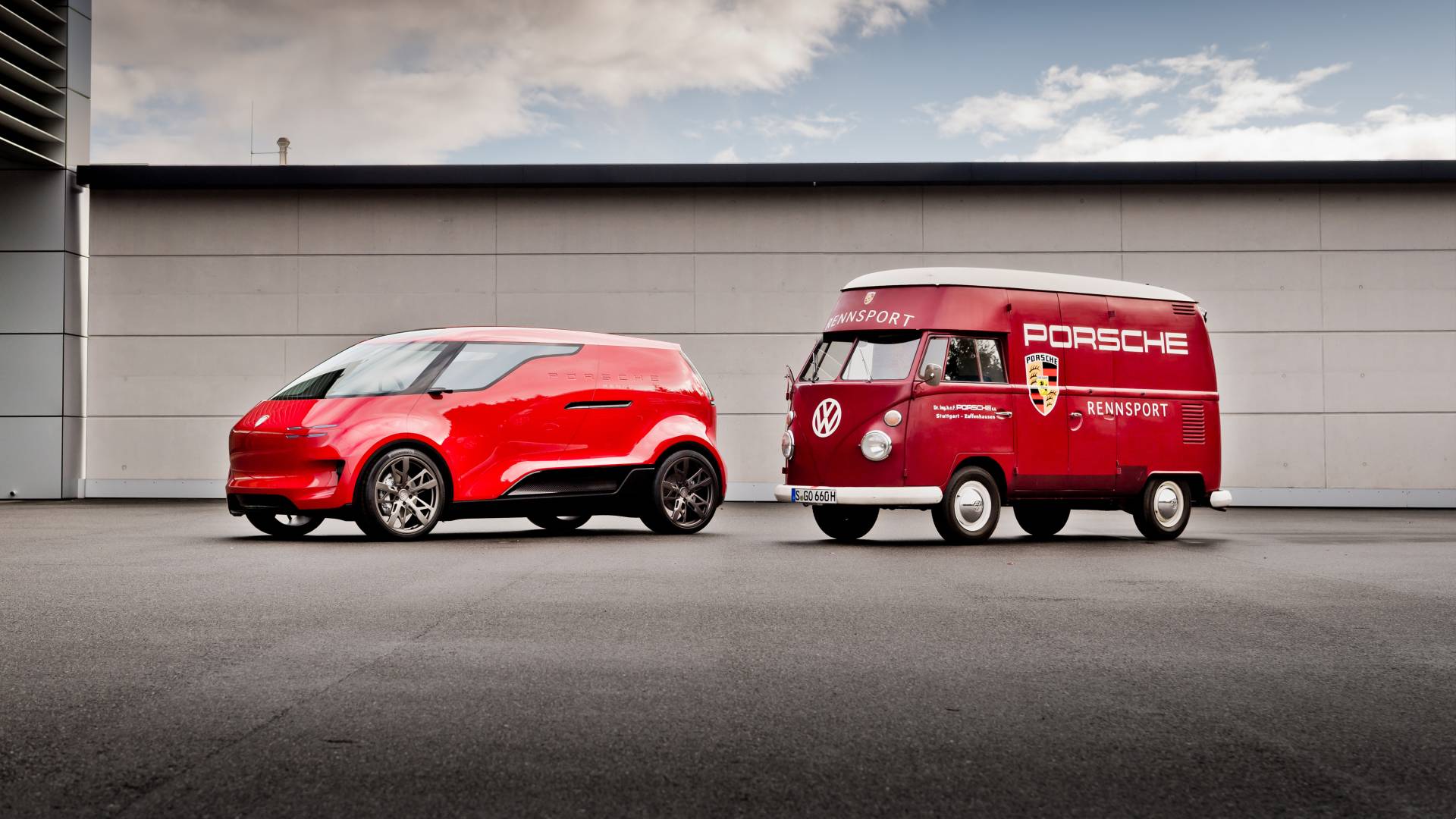 If Porsche was to design a six-seater ‘space shuttle’ vehicle, what would it look like? Something like this, a family-friendly space concept for up to six people. The design team designed a futuristic and excitingly proportioned ‘space shuttle’. This study shows how Porsche design DNA can be transferred to a different vehicle segment. Inside is a modular cabin and the driver sits in a central seat. The all-electric drive technology is located in the underbody. As a result, passengers can enjoy unexpectedly generous travelling space within a futuristic car pod. 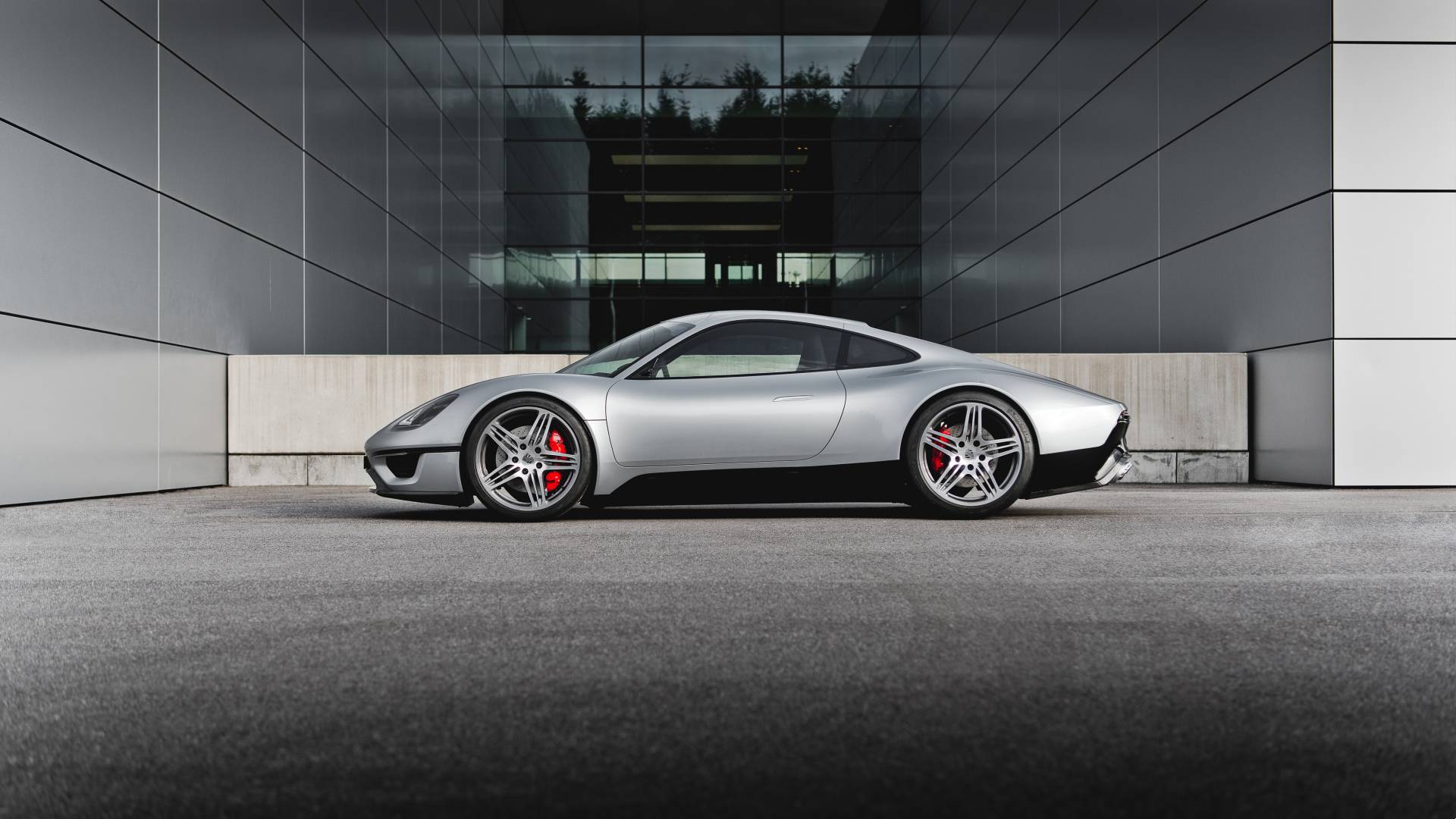 Back to basics with this compact but pure lightweight sports car - think the legendary Porsche 904 from 1963. The monocoque chassis is made of carbon for strength and light weight - the car weighs barely 900 kilograms. Porsche considered a high-revving motorbike engine for the powertrain. 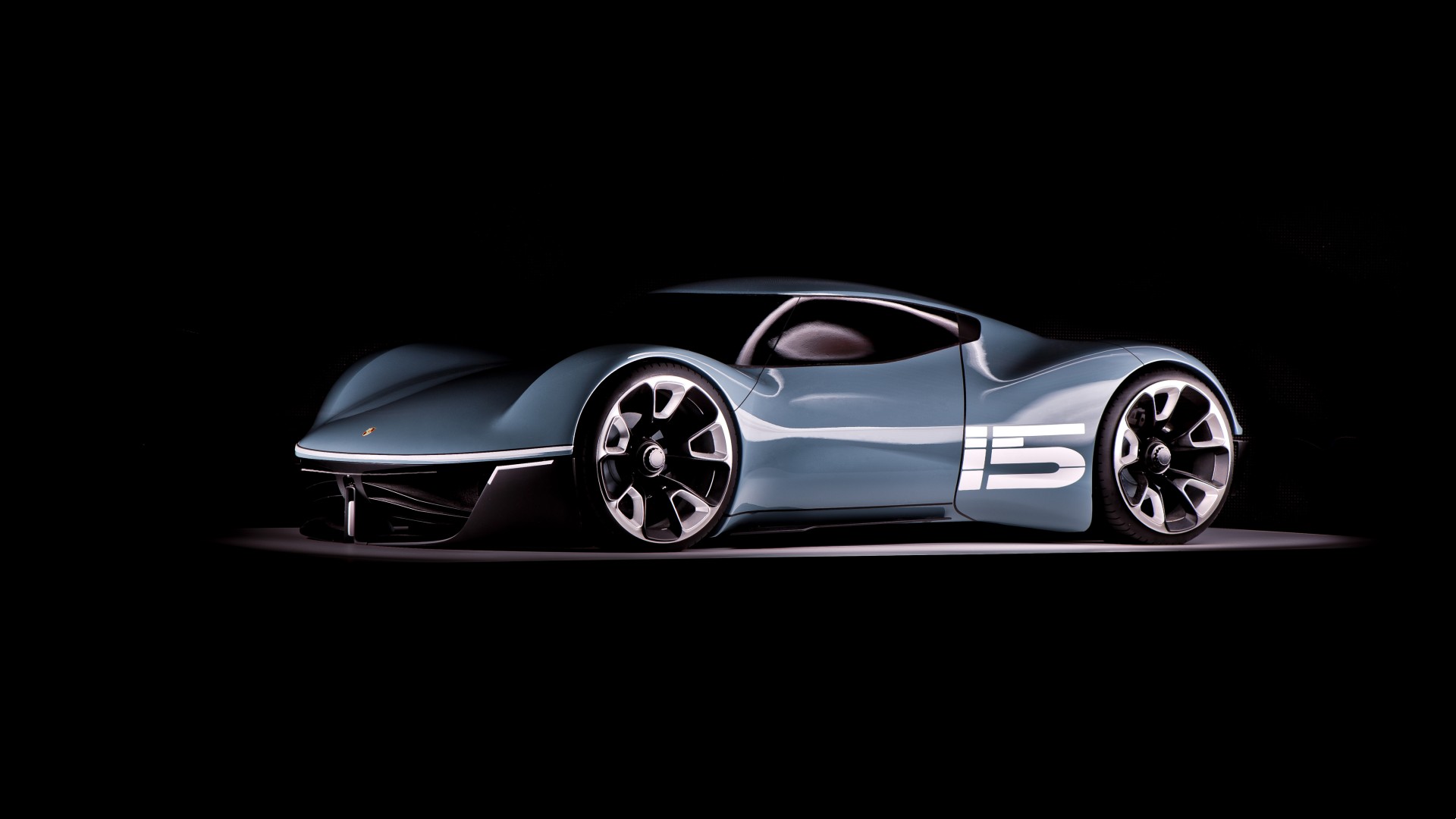 This study was produced by one of Porsche’s design interns, and has similar compact proportions to the Porsche 916 prototypes, a proposed development of the 914. However, unlike the flat-six in the 916 prototype - of which 11 were built - the Vision 916 is driven by four electric motors located at each wheel. 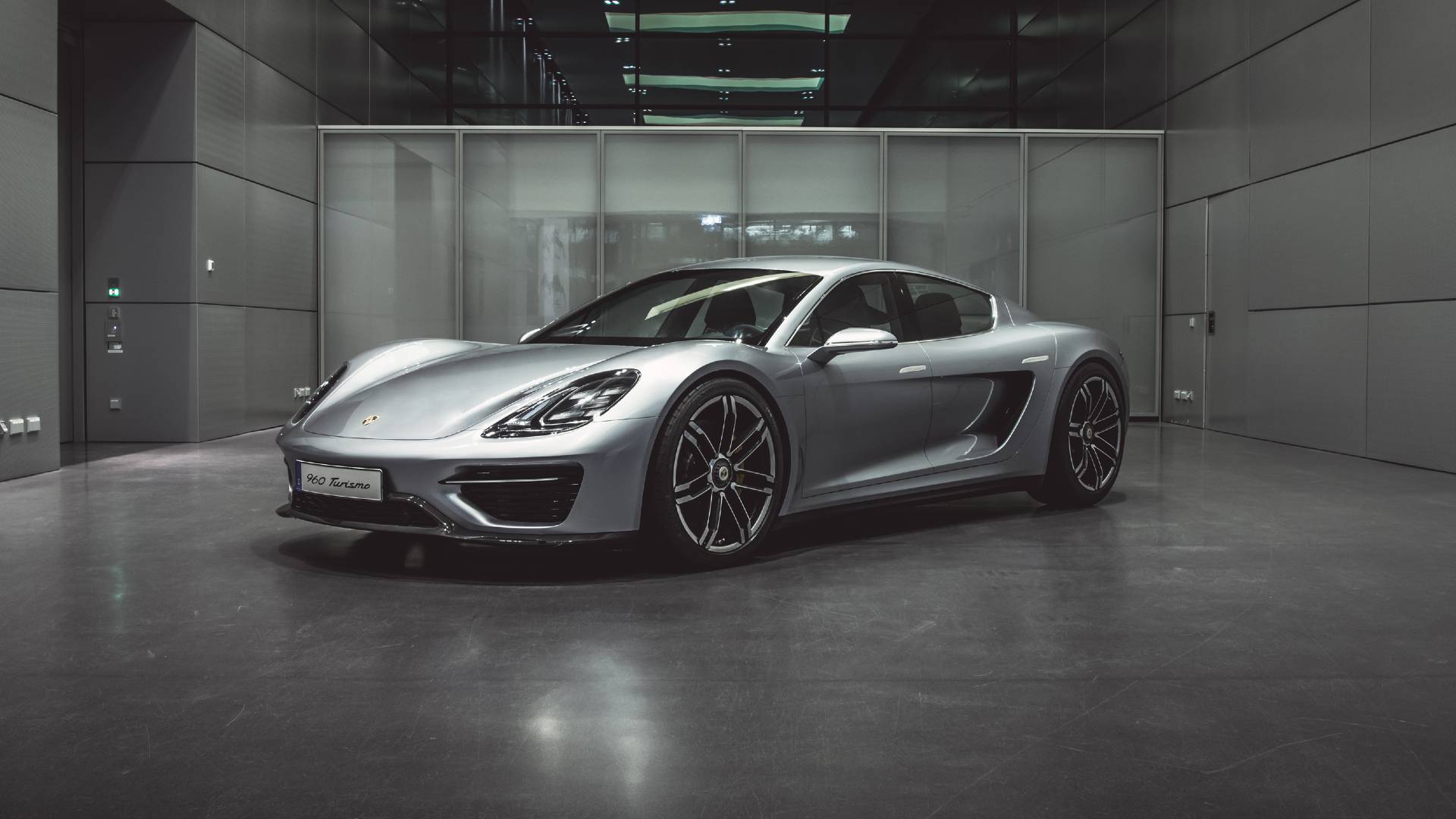 Our final secret Porsche brings us to the The Vision Turismo, which was first developed as an experimental study of how a Porsche super sports car would look with four doors and a rear engine. It served as the blueprint for the development of the Porsche Taycan, swapping the rear engine for an electric motor instead and zero emissions. The future here today.